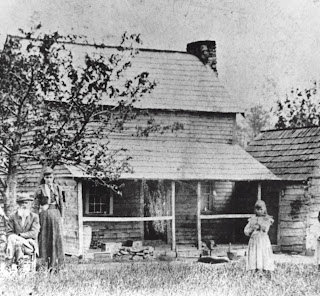 Like a lot of people, we're cutting down on luxuries at the Daniels house. We're not eating out as much, which is probably healthier. We're carpooling more, which is also better for the billfold and the environment. We're not buying as much new stuff and we're trying to make the old stuff last longer.

Yes, these are hard times. Both of us have seen our retirement funds dwindle. Often, we feel lucky just to have jobs, while factories, restaurants, shops, and businesses of all sorts close down one-by-one.

But we're not feeling the pinch like some. Here's a little perspective:

1.2 billion people on earth live on less than a dollar a day
We are middle income Americans who can still pretty much afford whatever we want.

600,000 families in America are homeless (permanently or temporarily) every year, affecting 1,350,000 children
Even though we have a mortgage, we enjoy our home, our extra space, even the rooms we don't use

15,000,000 children in the world are orphans due to AIDS deaths
We try to get new toys for the kids in our lives every time we turn around

$9.5 billion is spent every year on human trafficking (slavery), which traps almost 2 million children
This issue makes me squeemish, so I try to ignore it

You see, even though we are tightening up financially, we still have it pretty good.

We are very blessed and not thankful enough.

We are very full and still not satisfied.

We have everything we need and yet we spend days shopping for more.

We spend more for entertainment than we give to charity.

We pay our taxes and are not dependent on the government for food, shelter or medicine.

Our health is strong and our doctor sees us at a moment's notice if we need to.

No matter how bad things get, I have to keep these sorts of things in perpective. They're things that I know already, but it seems like I always need to be reminded of them. When I look at the repairs needed on our house, I should be thankful that I have a house to live in. When I'm foraging for a snack before bedtime, I should remember that any snack is more than many get in a day.

Things aren't all bleak, though. And that's important to keep in mind, also.

Christians across the country are mobilizing to end trafficking in human lives.

Groups like Habitat for Humanity are expanding their mission to a global one, while maintaining their Christian commitment to serve in the U.S.

International workers in the U.S. send over $200 billion a year back to their homelands to aid their families and communities.

In spite of rising umployment and stagnant and decreasing personal income, 24% of evangelical Christians tithe (10%), 9% of all Protestants tithe, and 11% of Pentecostals tithe. This is an increase over the last ten years. Evangelical Christians donate an average of $4260 per year to Church and charity, compared to $865 to the average Christian household.

In these slow economic times, may we remember the words of the Trisagion Prayer:
O Heavenly King, Comforter, Spirit of Truth,
Who is in all places and fills all things,
Treasury of good things and Giver of Life,
Come and abide in us.

Amen?
Posted by Brian Daniels at 7:56 AM No comments: