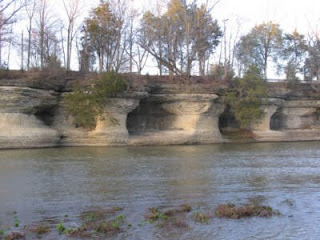 I don't remember my first baptism. I was about five months old (January 1959) and it is likely that it was a simple affair in St. Andrew's Episcopal Church in Elyria, Ohio. I've reconstructed the scene in my own mind many times over the years:

I was the first grandchild on both sides. My mother's mother was very ill and Mom's dad, Grandpa Charlie, took care of her. My father's parents were staunch members of St. Andrew's. My godparents are George and Linda Dellinger, family friends. With my parents and Fr. Russell Hargate, the ten of us participated in a quiet, simple ceremony in the Nave, using the 1928 Book of Common Prayer.

I do remember my 'second' baptism. I was an adult (19 years old) and had a religious experience in college. I felt compelled to be baptised again, partly due to the theology of the Church I was attending at the time. It taught full-immersion adult believer's baptism. The pastor was Moses Vegh, a charismatic Hungaro-Canadian who served as pastor of what was then the largest Protestant Church in Findlay, Ohio, where I lived.

"If you don't remember your first baptism," Moses Vegh told me, "it probably didn't mean anything to you." So I suited up in the white robe provided me by the Church and went into the tank. Moses didn't actually put me under, an anonymous elder of the congregation did. Coming out of the water, I was anointed with oil after which I was expected to speak in tongues (which I didn't).

Baptism isn't something to be done for a level of understanding. Baptism is an action of the Church to imprint on us the image of Christ. Understanding has very little to do with it: Faith has everything to do with it.

When I was an infant, the faith of my parents, grandparents, and godparents was that I would be "received into Christ's Church and made a living member of the same."

When I was a young adult, it was an act of my own personal faith, the fruit of a re-discovery and religious epiphany in my college years.

Now as a pastor I perform the rite of baptism with the faith that God knows the one being baptized far better than I do, and far better than they know themselves. I've adopted the phraseology of the Orthodox Church in the ritual because it better expresses this point of view: "You are baptised in the Name of the Father and of the Son and of the Holy Spirit." Not an action of the pastor, not an action of the water, but rather an action of faith. "You are baptised..."

As we approach Theophany and the commemoration of Christ's baptism (Jan. 6), I remember my own experience of Baptism and I pray that your baptism may be fresh again to you and that you will again see the image of Christ that you bear in your own soul.

(Pictured above is Seven Pillars, the site of many of our Peoria Church baptisms.)
Posted by Brian Daniels at 9:57 AM No comments: 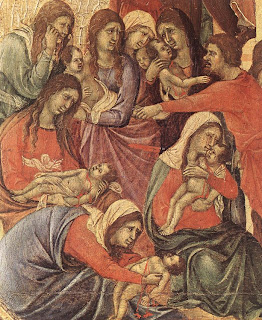 The innocent children of Bethlehem did nothing against wicked King Herod. Their mothers had done nothing. Their fathers did nothing.

Yet, for the pursuit of his own vainglory and self promotion, Herod massacred them all, in an attempt to eradicate Bethlehem (and his realm) of the true King of Kings Who had just been born there.

It is interesting to me that the newly elected president, Barack Obama, has promised to renew the slaughter of innocents as one of his first actions as president. He has promised to release federal tax monies to fund abortions. He has promised to fund research using stem cells that will cease lives of unborn children. He has pledged to make abortion safe and legal, for the sake convenience against an 'untimely' pregnancy.

He has even said of his own daughters that he wouldn't want to "punish" them with a baby, were they to become pregnant at a time inconvenient to them.

It seems that King Herod is arising once more to the throne.

We are reminded again in the Old and New Testaments, in the writings of the early Church, and in the consistent centuries-old witness of the Church, that the life of a human being begins with the miracle of conception.

And we are reminded again on this day marking the innocent death of the children of Bethlehem, that rulers can be ruthless in their self-promotion, sparing no one, even the souls of the most defenseless.

In the Communion Liturgy we pray for the president, no matter what his politics, that God will give him the ability to lead justly and fairly. Our prayer for Barack Obama should be the same, and that he will see the injustice of abortion and keep the lives of the innocent unborn protected.
Posted by Brian Daniels at 6:45 AM No comments: 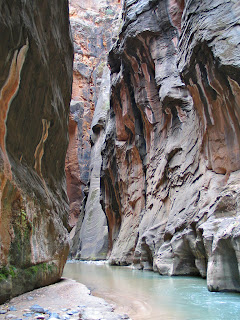 Yea, though I walk through the valley
of the shadow of death
I will fear no evil
for Thou art with me
Thy road and Thy staff, they comfort me.
Psalm 23:4

I never had to enter a military recruiting office.

Actually, I have never even been in one, whether I had to or not. But if I had, I think it would be like walking into the 'valley of the shadow of death'.

I have often wondered what it would be like to be one of those men (or women) who took that step - either of their own free will or by government compunction - to enter the armed forces.

I have often wondered what goes through their minds as they talk with the recruiters about 'seeing the world' and 'vocational training' and 'educational benefits'.

I've often wondered how many of them think, "Some day I'm going to put my life on the line for some obscure, middle-aged, overweight pastor, so that he has the freedom to preach the Gospel or write his books or post to his blog."

I also wonder if I would do the same.

But I've never actually had to do it.

A week ago, our Sunday School children placed flags on the graves of veterans in the Peoria Cemetery. As we walked up and down the rows of tombstones it re-occured to me that soldiers have been doing this for a long time. The Civil War soldiers couldn't have known that 150 years from their conflict, Sunday School children would still be worshiping the Lord near their final resting place. The Spanish-American War vets, the 'Doughboys', the veterans of WWII, Korea, and VietNam all stood their ground in a way that I can only wonder about.

So this Memorial Day weekend, as I hang the flag from our front porch, I join a grateful nation, thanking the men and women who have laid down their lives for our country. And I am grateful for those who stand to day, in the valley of the shadow of death. May God protect them until they come home.